Home » Nature » Beaches & Resorts » Republic of Maldives – Have a Romantic Vacation this Summer!

Republic of Maldives or Maldive islands is a marvel of nature and a unique gift for the tourists, the only of its kind on earth. Basically a spray of 1190 islets composed into twenty-six groups (Atolls). Only about two hundred are inhabited. These numerous islands are in the sea just like stars grouped in a tiny galaxy in the sky. This smallest Asian country has a local population of 300’000 only. The Maldives is about 700 km. in the south west of Sri Lanka in the Indian Ocean between Minicoy Islands and the Chagos Archipelago.

The original inhabitants were probably casual stray sea travelers and fishermen from Sri Lanka and South West Indian Ports. The earliest settlers are traced back to the Ashokan period in 3rd Century BC. The World renowned travelers called it very rightly as Garland of Islands. The Arab Ibn-e-Batuta expressed his appreciation and called it “Mahal (Palace)”. The aerial view is beautiful to observe, very picturesque. But nature has created this site in a manner that it stays vulnerable, climatically with geographic advantages and disadvantages.
Many narrations abound on how the name the Maldive Islands came out of different earlier versions. The different language speaking settlers exposed the local population differently in their times. In 1558, the Portuguese occupied the Islands. A century later, in 1654 the Dutch superseded them. Finally, in 1887, it became a British protectorate. Gained independence in 1965, and was declared a republic in 1968, with Male’ as the capital.

The Maldives is the lowest country in the world. The maximum ground level above the sea is 8 ft. and average falls below 5 ft. This dangerously low land cannot stop the sea waves from flooding even in mild storms. This eternal threat of existence comes from the Indian Ocean. The global warming is posing another danger of drowning. The sea level has risen by 8 inches so far. The people and the President, Muhammed Nasheed, seeing no alternative to the ultimate devastation, have decided to buy land and create settlements in Sri Lanka, South India or maybe Australia.

The Islands consists of reefs of live and dead coral. The parallel line setting of reefs dissipates high waves acting as wave-breakers. The soil consists of a six inch top layer of hummus and two ft. of sandstone below it, then sand and fresh water. Vegetation is limited by the high salt ratio in the soil. The little variety of plants include banyan, mangrove and mostly coconut palms, some seasonal flowers and shrubs. This is supplemented by abundant coral and marine life.

The 300’000 inhabitants occupy only 1 percent of the 90’000 sq. km. of land. Out of 1190 islets of archipelago, only 200 are inhabited. The others are used for tourism resorts, agriculture or are simply unusable being too small or unviable for commercial use. 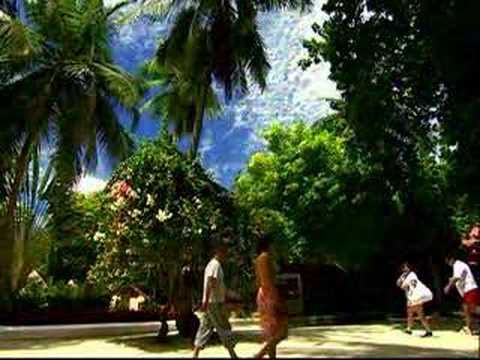 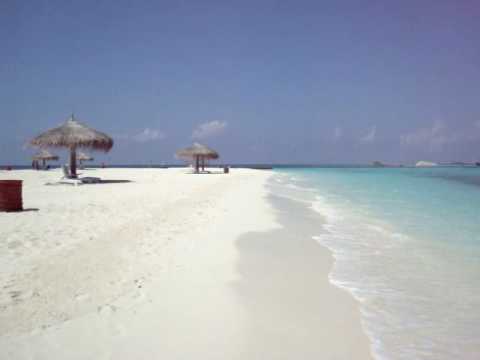 The Tsunami in the Indian Ocean earthquake in December 2004, caused very serious and irreparable environmental damage. It devastated infrastructure which left thousands homeless and jobless. Maldives suffered a loss of around US$ 500 million and about a hundred people died. The unique Natural protective aspect observed was that the huge waves couldn’t gain height in the absence of any continental shelf around the Islands to support it. In fact, the impact was mitigated by the numerous Islands placed in a specific style. The tallest waves reported were below 15 ft. Only six islands could avoid flooding.

The cultural traditions show that Dravidians from Kerala, Southwest India, and Sri Lankan Tamils first settled around 3000 B.C. Local tales and religious books confirmed that Male’ was the main center for the trade links of varied settlers in these Islands, including Arabs. Another myth relates that one exiled Sinhala from Bengal, Prince Kalinga Vijaya settled somewhere in 550 B.C.

The Maldivian kings promoted Buddhism until 12 century A.D. This is evident from carvings of sculptures. The oldest copper-plate book written in 1194 A.D. Isdhoo Lomafanu, was discovered in the Maldives.

Mr. Bell, a British commissioner of Ceylon, conducted the first archeological study on the early cultures and the Buddhist ruins’, in the Maldives. He asserted that ancient people followed Theravada  Buddhism, but Male’ museum also displayed Mahayana and Vajrayana iconography. The Tamil Emperor Raja Chola may have invaded the Maldives in 11th Century. Another story states that a nobleman Koimala of Lion Race, from Ceylon reached Male’ in 12th Century A.D. He established a Kingdom and freed the locals from Tamil Chola rule. Some Arabs claim a queen, Siri Raadha Abaarana (Sultana Khadija), having ruled before Koimala.

Islam was introduced in the Islands by the end of 12th century A.D. A saint from Tabriz or from Morocco subdued a demon (Ramnamaari Dhoveni Kalaminja) and thus converted the people into Islam in 1153 A.D. The sailors from Bengal and Arabian countries also influenced the spread of Islam in the Maldives.

Independence and Republic of Maldives Declaration

Maldives was an independent Islamic Sultanate from 1153 A.D. to 1958. A British protectorate from 1887 till 25th July 1965. Full political independence attained from 26th July 1965 from Britain, but King Muhammed Fareed Didi continued to rule for three more years. On 11th November, the monarchy was abolished, declaring it the Republic of Maldives. The first president was Ibrahim Nasir. Political tussle came about between rival factions in 1975 and Nasir fled to Singapore in 1978 with millions of dollars.

Maumoon Abdul Gayoom took over as president. He proved very successful winning six, five-year terms in a stretch to complete a 30-year rule without opposition. However, during these years he survived three tough coups with the help of Indian Government. During this stable period, Maldives developed a lot. 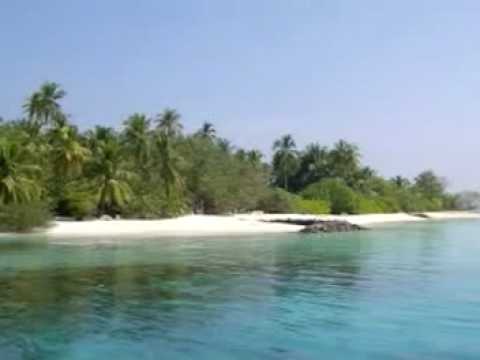 The Arabs had dominated the Indian Ocean trades in 2nd century A.D. They called these as “Money Islands”, being famous for cowry shells, coir rope, and tuna fish and cocoa. Cowry shell is known to have been used as international currency once. Cowry is now a symbol of Maldives Monitory Authority.
The Maldives Government is initiating reforms to improve Tourism, that generates major shares of taxes and GDP (30%) and dominates foreign exchange earnings (60%). The Government is liberalizing regulations to allow foreign investments. Amazingly this smallest country has the highest Per Capita Income of US$ 4600 (2007) amongst South Asian countries.

The first tourist resorts opened in 1972 in Kurumba village and Bandos Islands. Today about a hundred such resorts are operating with the bed capacity of about 20’000, offering the latest facilities. The Maldives attracts over 600’000 visitors annually. The traditional fishing boat Dhoni was mechanized in 1974 which developed the fishing industry manifolds. This necessitated the installation of a fish canning plant. A Japanese joint venture helped out. Tourism based cottage industry is also gaining momentum. The traditional matt weaving, lacquer work, handicrafts, garment construction, and bottling of aerated water, and so on. The fisheries sector was improved by opening up of Exclusive Economic Zone (EEZ), an expanding technical education on fisheries to the public in the school curriculum.

Violent political protests in 2005 led to the initiation of a new political two-party system and a multi-candidate election. In 2008, Muhammed Nasheed won the Presidential election by 54% with Dr. Waheed as Vice President. This elected democratic government is restoring order in the Islands and fulfilling ignored projects. After the Tsunami devastations, the new government has much more difficult challenges to face like unemployment, corruption, drugs among youth and above all rising sea levels due to global warming.
Many Islands carry similar names. To facilitate communications, code letters or words are added before each Island name. Although this system proved quite successful, still some foreigners stay confused, not being accustomed to local names and language.

Maldivian identity is a mixture of cultures and languages adopted from varied settlers. The religion also influenced a lot. The social status of a person depends upon his occupation, Islamic Virtue and wealth, instead of the typical rigid Indian caste systems. The social elite is centered in Male’ mostly. The tourist resorts are built on Islands free on the native population, discouraging casual contacts.

4 Replies to “Republic of Maldives – Have a Romantic Vacation this Summer!”