Saddam Hussain is reported to have robbed the Central Bank of Iraq taking US$1.00 billion in one day. Just before the U.S. troops bombed Iraq in 2003. Moreover, this was also mostly recovered from the walls of his palace. The banks General Manager also confirms another independent robbery by professionals. Moreover, that amounted to US$250 million and 18 billion Iraqi dinars.
Saddam Husain is also said to have paid he son Qusay an amount of US$950 million through a handwritten note. So, he transferred the money by trucks. This amount was never recovered even after Qusay was killed by U.S. troops while fighting. Therefore this is the biggest heist so far. 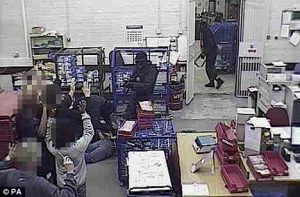 This robbery is also stated to be the largest cash hype in England. First, that heist was well considered and planned. Therefore, the depot manager was abducted when on the way home on 21st February. Moreover, the robbers were disguised. And shifted to a seeming police car. He was also handcuffed and taken to an unknown farm.

Simultaneously, his eight-year-old son and his wife were made hostage in their house. Therefore, the wife was tricked by a misstated accident and was shifted to the unknown farm also. So, depot manager was now fully under pressure for his family security and was forced to cooperate. Moreover, it was one of the most dangerous robberies.
And the whole family was taken to Securities Cash Management Ltd. Depot at Tonbridge, Kent, at 1.00 pm. Moreover, they were allowed in. And the thieves rounded up all the staff at gunpoint. In addition to that, robbers took about an hour to complete the loot. So, the alarm was raised later and the police unbound them all. The heist totaled US$90 million, one of the most dangerous robberies, and nothing stands recovered yet. 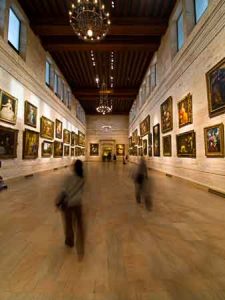 The Boston Museum was deprived of some very unusual Art Treasures in 1990. The huge loss of the world-renowned, irreplaceable and valuable paintings was estimated over US$300 million.
Two unarmed robbers were dressed as policemen managed entry into the museum at 1.00 am. On 18th March just after celebrations on St. Patrick’s Day. Security head couldn’t explain this late hour entry. The door guards were immediately over-powered, knocked down and handcuffed in the basement. The robbers stayed for 1.5 hours collecting their booty of prized paintings.

Moreover, this included 3 Rembrandts and a Chinese Bronze Beaker. They cut away the canvas cruelly from near the frames while hanging. They stacked away “Landscape with an Obelisk” by Govaert Flinck and “The Concert” by Vermeer. Besides these, they ripped 5 Degas sketches from the short gallery and a Manet Portrait from the Blue room. They flew away from the Bronze Eagle that adorned the Napoleon flag mast. If lives were involved then it would be also one of the most dangerous robberies because of their behavior.

These untidy robbers ransacked the museum wonders like Rembrandts only seascape “Storm on the Galilee”. The painting was cut hastily leaving ragged edges of canvas that are intact in the empty hanging frames at the museum. The small museum was not insured unfortunately and had to bear the loss. The surveillance tape was also snatched away during the heist. Nothing is known of any recovery made till date.

The security deposit is situated in Westminster in London. Two prospective ‘clients’ entered the Knightsbridge Safe Deposit Center on 12th July to rent a safe deposit box. As soon they entered the vault, they immediately subdued the manager at gunpoint along with the guards. The shrewd thieves hung a sign outside the vault saying “vault closed temporally” and invited more of their accomplices. They broke open the safe boxes and left with an estimated hoard of over US$70 million at the time. They escaped quietly.

After some time one of the guards could free himself and raised the alarm. The fingerprints led the investigators to an Italian Valerio Vicei. The man who was arrested after surveillance along with his several accomplices on 12th August 1987.

The classical event had a big adventure element built-in. Therefore, Banco Central has entrusted the control of the money supply. They had accumulated a huge amount of used unsequel currency notes. These were being segregated for recirculation and destruction.
The burglars planned it well. They rented a house nearby and placed a sign of ‘Landscaping Company selling Grass”, to cover up their motives. They dug a 250 feet tunnel to a place beneath the bank. Van loads of mud were transported and nobody suspected anything because of their name displayed. The 2.5 feet square tunnel was laid 13 feet deep and had its lighting system and was wood-lined.
Between 6 and 7 August weekend, the gang broke through ONE-meter thick steel/concrete wall to enter the bank vault. This was a big messy affair as the total money weighed about 3.5 tons. The total worth was reported at about US$70 million.
The police arrested 5 persons and recovered about $5.5 million. These persons had helped dig the tunnel as well. The mastermind was found shot dead on 22nd October. So far only$7 million stands recovered while $63 million still remain at large.

Belfast Headquarters was robbed off a huge amount in cash on 20th December. The gang members went to the home of two bank officers disguised as policemen. And held their families at gunpoint on Sunday evening. The officials were instructed to report at the bank as usual. And cooperate to save their families. They did so and stayed busy after business hours admitting the gang members in. So, it is also known as one of the most dangerous robberies because lives were involved.
The bank carried huge cash for ATMs and Christmas in store. Soon the money was loaded in several vehicles including one ‘Luton’ van. The gang left releasing the families also. And the amount looted comprised of Ten million pounds of uncirculated bank notes along with some other currency notes. Reportedly the Northern Ireland proficient group was suspected for the heist.
The British and Irish governments developed frictions over this one of the biggest cash robbery in British history. Everything remained confused by politics and nothing was known of it. 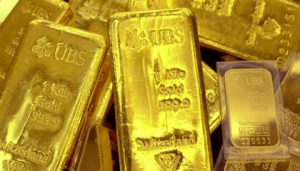 The burglary was a planned event and occurred at Heathrow Airport on 26 November 1983. Moreover, the gang entered the warehouse with the help of security guard Anthony Black. He was related to the gangs’ mastermind Brian Robinson. The burglars were expecting booty of 3 million pounds. But instead landed on Ten tonnes of gold bullion worth 26 million pounds. They loaded the gold and fled away. One of the gang had links with a genuine gold dealer in Bristol. So, he melted the gold to recast it for sale.

Soon huge amounts of money passing through a Bristol bank were reported to the police. Meanwhile, the Scotland Yard found the clue and Black confessed for having helped the raiders. The main culprits were sentenced to 25 years jail and Black got 6 years. In 1986 Nove was fined 700000 pounds with 14 years in jail, for conspiring and handling Brinks Mat gold. Three tons of gold was never traced that had been sold. 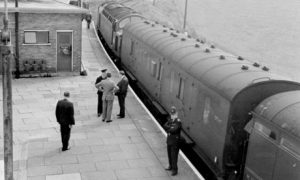 This incident was quite peaceful as only the driver was hit on the head and injured. This one isn’t dangerous robberies but worth millions of dollars.
The police tracked them soon from their fingerprints at their hideout at Leatherslade Farm.

13 robbers were caught, tried and imprisoned. One Ronnie Biggs escaped from prison and is still at large. The last of the lot, Charlie Wilson had settled in Canada on Rigaud Mountain in complete privacy. His wife made a mistake of calling her mother back in England. And he was tracked down by Scotland Yard.

The Dunbar Armored robbery in Los Angeles, California has rated the largest cash haul in the United States. And it occurred on 13th September 1997. The amount involved was about US$19 million. This proved to be an inside man’s job. Allen Pace who worked there as a safety inspector. He planned and recruited 5 friends for the robbery.
He knew all the security measures. And how he could avoid the cameras and so on. That man and his accomplices entered on Friday night, using his keys. He knew the vault would remain open due to huge money movements on Fridays. All of them rushed to the vault. And subdued the guards before they could raise the alarm. The U-haul was waiting and in very little time the high denomination notes were loaded. Pace knew the bags that contained the nonsequence notes. He also snatched the security camera recording devices.
The police suspected staff involvement and also watched Pace. The gang members were cautious in their spending. However, one member gave a colleague a pack of bills in its original strap wrapping and was immediately tracked by police. All the robbers were arrested and Pace was sentenced to 24 years jail. Only about half of the total money was recovered. 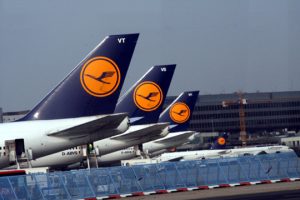 The Lufthansa burglary was a pre-planned one. Moreover, the mastermind was Jimmy Burke. And the idea was generated by Martin Krugman. He had been tipped off by one Louis Werner, who owed Martin $20000 through gambling debt. He told him that a huge amount of money is taken to West Germany for exchange. And that it is stored at Kennedy Airport in cardboard vault.

Therefore a van was noticed parking near the vault by a guard on 11th December at 3 AM. He was struck, disarmed and told to disarm the silent alarm, and handcuffed thereafter. Another guard who heard noise was also overpowered and handcuffed. They took hold of more employees at gunpoint and rounded up all the rest at the cafeteria to clear their operation.

The burglars then summoned Rudi Eirich by intercom on some emergency pretext. He was the only one who knew the codes to open the double door vault. At his first sight, they surrounded him with guns and let him see the bounded employees in the cafeteria. They hurried him downstairs to open the vault. Eirich was surprised to see the burglars knew the security systems and the precautions. They did not let him open the vault second door until the outer door was closed to avoid the alarm.

As soon the vault was open they sorted the invoices to select the parcels that contained money. During loading one burglar’s mask slipped and showed his glimpse. All the employees were warned that their families would be hurt if they told police anything. The alarm was sounded at 4.30 AM. The burglary was reported to be worth US$5 million in cash and $875000 in jewels. The whole proceedings took one hour only. No arrests were made.