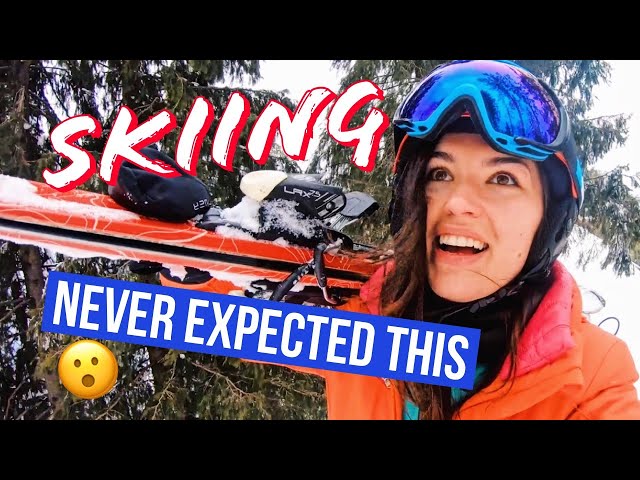 Gilgit is truly magnificent for its scenic beauty. It seems to be specially crafted by Nature to have the greatest tourism experiences. It consists of high-altitude mountains, glaciers, beautiful Gilgit valleys, and lakes. This is one reason why almost every traveler familiar with this area of Pakistan.

The route to Gilgit-Baltistan

It is accessible from road and Air too. By Road, it takes about 18-24 hours passing through the Silk Road (also known as Shahrah-e-Resham in Urdu). Air flights are also operational from Islamabad (the Capitol city of Pakistan) on alternate days and daily in peak season. Depending on the weather conditions, it only takes about 45-50 minutes by air. Most of the people choose to travel by air instead of going by road. The peak season is from May to Mid-October. The maximum temperature in May goes up to 33 C and minimizes to 16 C in September.

This region is the base for World’s High Altitude Climbers, Trekkers, and Expeditors. Because it leads to the Karakoram and Himalayan Ranges which is the land of all the highest peaks in the world above sea level. Most of the expeditions come in the month of August every year.  From there onwards they move to Skardu, where they get ready for their expeditions by purchasing important mountain gears on very cheap prices, the products are also available for rent in order to keep your expenses low.

The biggest Expeditions of K2, Broad Peak, Nanga Parbat, Gasherbrum I and Gasherbrum II are all trekked from this route. On the way, there are other hundreds of other 6000m+ and 7000m+ mountains that come in the Karakoram, Hindu Kush and Himalayan Range. Several of them are still unnamed and unclimbed dangerous peaks.

There are various places to visit this beautiful Capitol city of Baltistan Region like Naltar Valley.

It is on the South Eastern side of GB and is gifted with its lush green lands and pine forests, behind there are huge mountains that create a complete poetic or fantasy land. Hence, it became the main attractions for tourists among Gilgit valleys.

Naltar Valley is the home to three magnificent natural lakes. These lakes are collectively called as the Bashkiri Lakes. It lies at a distance of 13km away from Naltar Bala. Therefore it takes almost an hour of traveling on un-metaled roads to reach these beauties. The route is a dirt track and glacial streams all along. Moreover, it can also be seen flowing across the verdant valley grounds. Due to this road’s situation, a jeep is very necessary to travel along the valley.

Naltar Valley offers a magnificent pleasure of skiing on its famous slides during winters. So, this drover attracts tourists. The Pakistan Air Force runs this Ski Resort. There are many events of ski held throughout the year.

It is at a distance of almost 3 hours drive and also known as the heart of Gilgit Valleys. Other than its scenic views it gives a time of life and a truly peaceful experience when lying there for several hours. There are 3 Historical forts still standing there perfectly, the Altit Fort, Baltit Fort, and Ganish Fort along with a big range of mountains around it.
Some general words have been thrown about this place, if death has to come, it should come here. 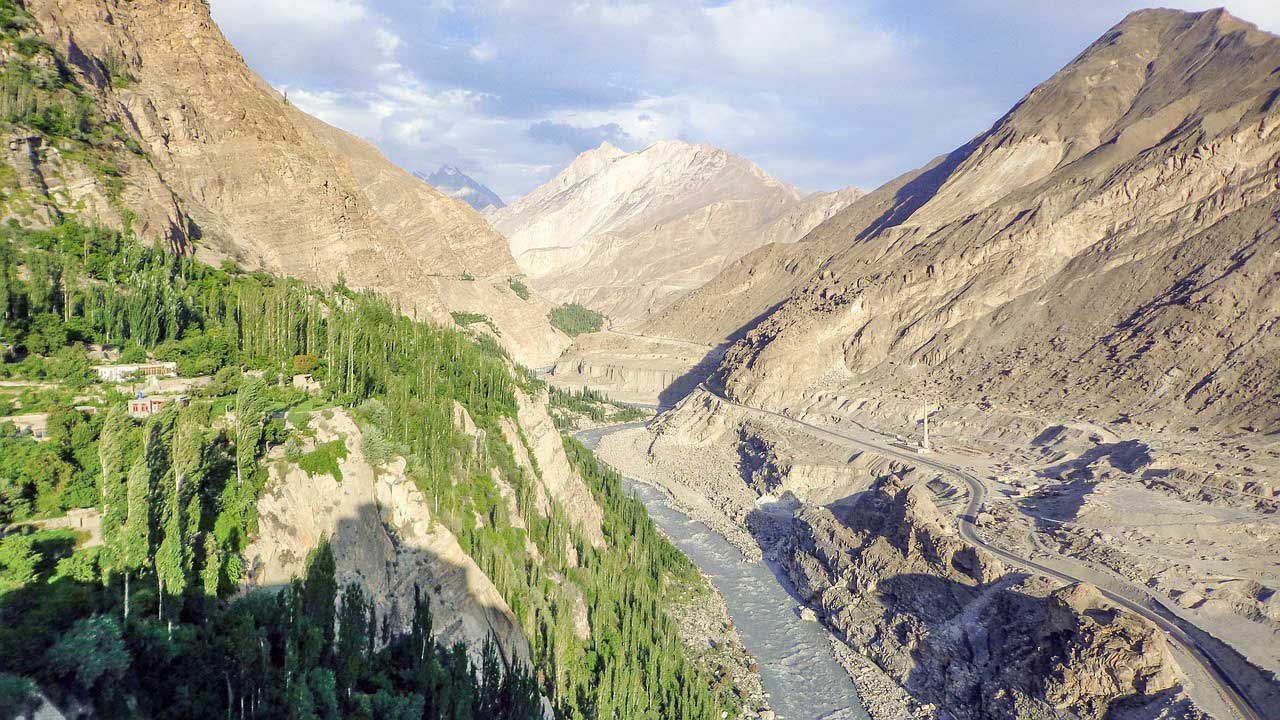 A Valley is 120 km long with an area of 5,000km. And it is located in northern Pakistan. Nanga Parbat is at on the eastern side of this valley. This mountain is one of the most dangerous mountains in the world. Moreover, it isn’t a cup of tea to climb on it. And the landscape makes up the Gilgit valleys colossal natural beauty. Besides these, it is also composed of large geographic variety and contrasts. Therefore they are offering the adventurous traveler with never-ending trekking options. As well as this place provides you the opportunity to get to see in culture. Many tourists have never ever got the option to this beautiful experience.

Definitely, it would take ages to explore the beauty of the valley completely. Local Pakistanis told that Deosai Plains, Rama Lake, and Rupal are the points of Astore that you should visit. However, it is also true that these destinations have natural beauty. Moreover, they are also the most commercial ones. During the high season of visit, they get swamped with local tourists.

More places to visit in GB

Locals called this place as “Joot”. The name Märchenwiese (literally “Fairy Tale Meadows”) was also given to this destination by German mountaineers. The wide grassy meadow lies between the dense alpine forests. Moreover, this is fed by a glacier’s water formed by the Nanga Parbat. So, it is also the ninth-highest mountain in the world (and second-highest in Pakistan, after K2). Therefore it feels like towers over Fairy Meadows from the south. Indeed, a magical setting made all the more wondrous nature besides the dangerous road one must take to get here.

There is one and only road to Fairy Meadows. And it isn’t also your regular tricky mountain road. Therefore, the World Health Organization ranked it as the second deadliest road on the planet in 2003.

The tributary of the Indus River is Shigar. It is located near the town of Skardu. The northern tributaries of the Shigar are Basha and Braldu rivers. Some alpine type deposits and many granitic pegmatites are lies in this region over an altitude ranging from 2,500 to 4,000m. Moreover, the Valley runs along the Main Karakoram Thrust separating the Asian plate at the north.

Skardu is the central valley of GB located in the extreme north of Pakistan. It is also an epitome of nature, beauty, serenity, and wilderness. The highest mountains of the world that include K2, K3, and Gasherbrum all join through this valley.

These sky-touching mountains catch thousands of climbers from all over the world. Moreover, some have even lost their lives in efforts to reach these steep climbs too.

A narrow road turns towards Skardu after Jaglot on the Karakoram Highway. One travel can greet with several streams, springs, and the hospitality of the local people during the seven-hour journey.

Chairman of Shangrila Resorts “Arif Aslam” has built a beautiful world amidst the surreal mountains.

The Deosai National Park lies in the Skardu District of Gilgit-Baltistan. Plateau of Desoi is the world’s second highest plateau after the Chang Tang in Tibet. In the local language “Balti”, Deosai is known as “Byarsa” that means ‘summer place’. The plateau is situated at Karakorum’s boundary and at the western Himalayas.

The documentary series “Land of the Tiger” features the plants and animals of Deosai.

An average elevation of National Park of Desoi is 4,114 meters (13,497 ft) above the sea level. It makes the Deosai Plains one of the highest plateaus in the world.

Moreover, the Deosai Plains are also home to the Himalayan Ibex, Red Fox, Golden Marmot, Gray Wolf, and the Ladakh Urial. The Snow Leopard and over 124 resident and migratory birds include the Golden Eagle, Lammergeier, Griffon Vulture, Laggar Falcon, Peregrine Falcon, Kestrel, Sparrowhawk, and Snowcock are the well-known species.

Rama Lake is situated in the Choungrah Valley which is one of the incredible Gilgit valleys. It is a ride of about half an hour to get to Rama Lake. Rama Lake is a very delightful destination. The alpine’s forest is in the surroundings. Moreover, it gives a very pleasant environment. For hikers and trekkers, there are various routes. And some of these routes are best for jeep rides. A motel by PTDC also constructed in the Rama Lake because of its location. Therefore it also serves as the best base camp spot.

Rama Valley is deeply forested with trees of the huge pine, cedar, fir, and juniper. The elevation point of these Gilgit valleys is about 3300 meters (10800 feet) above sea level. And it is covered by snow for 7-8 months of the year. It becomes lush green in summers.
One can trek to the east side of the Nanga Parbat from Rama Lake (The Killer Mountain).

It’s a nondescript little village area of 40 km from Gilgit town. It has remained unknown for ages. This is the point where the mighty Indus River meets the Gilgit River. This destination is also considered as the meeting of the three world’s Highest Mountain Ranges. The Himalaya Range is the home to 9 of the 10 world’s highest Peaks including the highest one Mt. Everest. The jagged Karakorams is the point of the K2 and the third one is coming from the North West. The Hindu Kush Mountain lead to the Tirich Mir which is at 7708m high. It is part of one of the beautiful Gilgit valleys.

Other than the above-mentioned places there are even more beautiful locations that you will be able to only explore when there.