Nature forms and deforms our earth in ways beyond our imagination. The Grand Canyon of America Architecture is a good example. Colorado River has carved this deep gorge through five million years of erosive workmanship.

The Grand Canyon of America 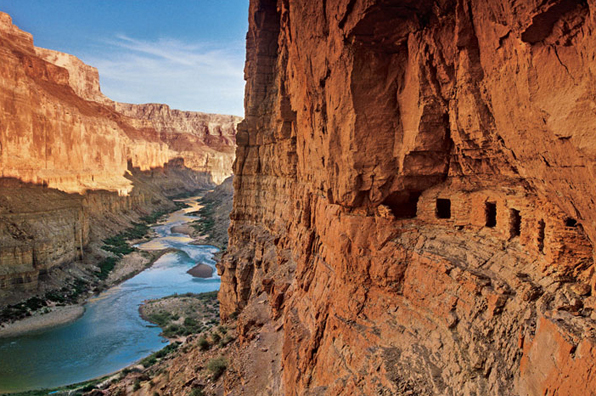 The Canyon is 277 miles (446 km) long and 4 to 18 miles (6.4 to 29 km) wide and over a mile (1.83 km or 6000 feet) deep. The Colorado River and its tributaries eroded land layers to create channels in west and east of Colorado plateau, which was uplifted. These channels later expanded sideways and became one stream over thousands of years. This water merger is termed as “Grand Canyon Event” occurred over five million years ago, in the area known as Kaibab ARC. The erosion still continues.

The original Native Americans built cave-homes in the Canyon walls. These Pueblo people considered Grand Canyon as Sacred. The first Spanish visitor in the area came in 1540.

The Grand Canyon rift in Colorado Plateau shows Proterozoic and Poleozoic strata, uplifted. The detailed geological history exposed is unmatched in the world. The Canyon is not as deep as the Kali Gandaki Gorge in Nepal nor it is as wide as Carpertee Valley in Australia. The Canyon’s mammoth size and colorful landscape is unique. The varied colored sediments and layers of rocks preserved in the Canyon walls speak openly about geological data of North America.

The Colorado plateau was formed by uplifting mountain forming movements in earth’s crust, steadily pushing sediments and rocks thousands of feet upwards. The river flow in a curve is set accordingly around Kaibab uplift, the North Rim and South Rim. 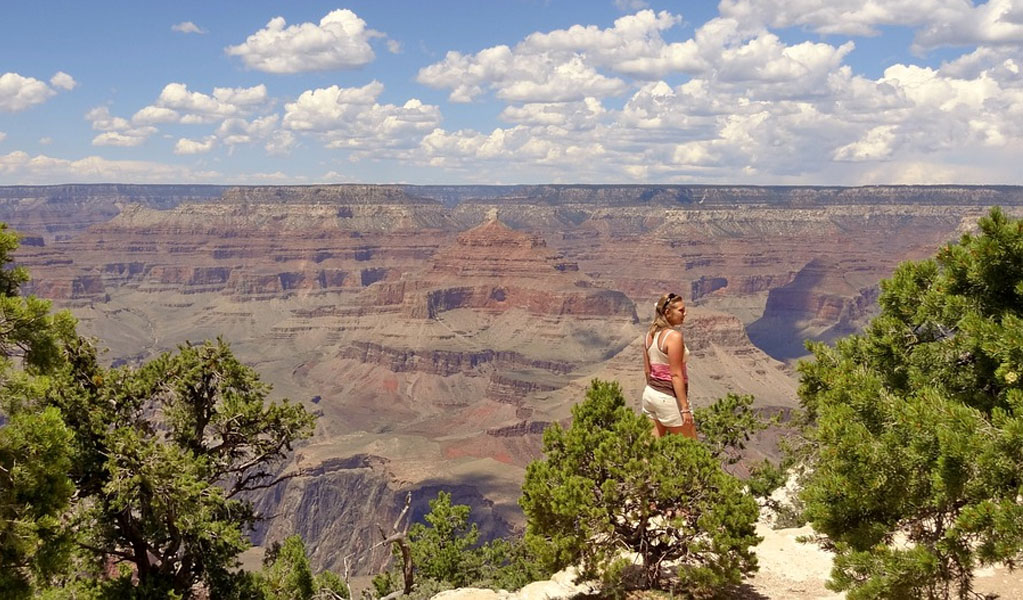 The Colorado River Basin developed in the past 40 million years. The scientists utilized uranium-lead dating to analyze calcite deposits found on the nine cave walls. The existing height of the strata, that usually forms below sea level, proves that Colorado plateau was uplifted 5000 to 10000 feet about 65 million years ago (during Laramide Orogeny). This lift speeded the water flow and its rock cutting force. The Ice-ages also increased the water flow forcing faster and deeper erosion. The terraced walls of the Canyon shows varied speeds of erosion at different time periods. Volcanic activity deposited lava over the western Canyon area obstructing river flow.

3 Replies to “The Grand Canyon of America”