It is not okay when you see this, trust me this beach is not like others that give you pleasures of water and fun at the seaside only, this is as good and colorful as it looks in the images below. And it normally said that it was actually one man’s mistake that made this happen over the time.

It was started from 20th century from Fort Bragg residents who used to throw the garbage and other wasted household items from the cliff towards the beach which is now called ‘the glass beach’. This is hard to believe that this is happening today, there was a time when people used to dump all types of junk materials into the ocean even cars, which also have glass.

In the beginning of 1949, it became a usual dumping area where neighboring people used to dump their waste, it even made piles of it, there on, burning it all, was the solution to reduce the mess on the beach. Later on in 1967, the government officials sealed the area and closed for entrance. However, in the following decades the strong waves clear the beach by taking all the dumped junk into the oceans bed and by bringing small and smooth sprinkling glass pieces that has covered the beach today.
This is how it looks like. Is it true or not, nobody is too sure about this story today, but it is however it’s done. If you know the whole story or some other information, do share with me. 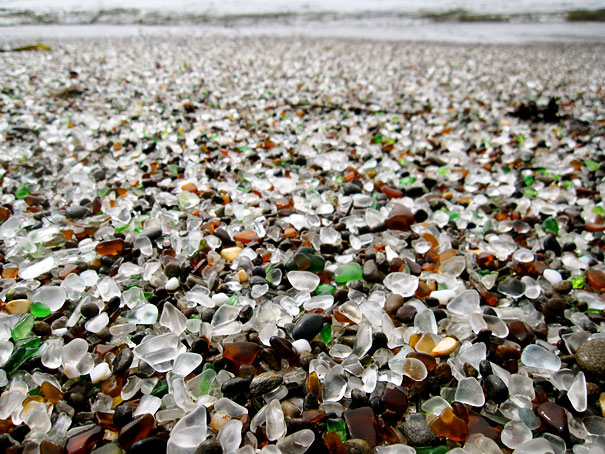 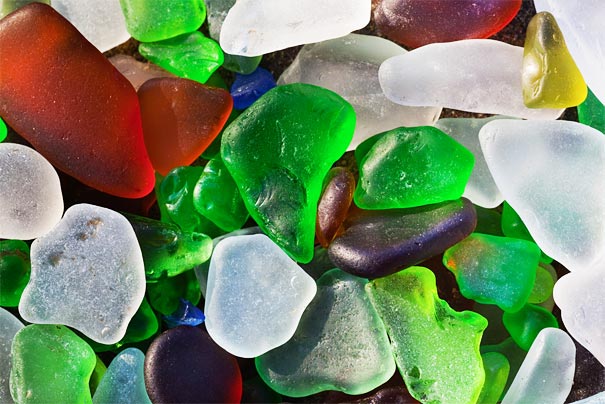 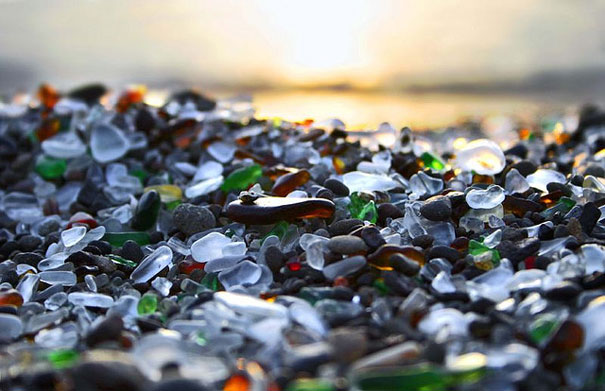