What Makes a sport a sport?

Sports play a vital role in our life. It is an incredibly increased the physical fitness and flexibility of joints and muscles that molds body easily in any pose. Sports (man or women), each train hard to get their best set of records.

Like a football team who actually compete against another team to score points and try to win the game, besides this, on the sidelines the football team’s cheerleaders constantly supporting their team.

To display the perfect routine in games, a cheerleader comparatively practices hard than a football or basketball player does. Some people say cheerleading is relevant to athletic activity and cheerleading is a sport but some have a question in mind that is cheerleading a sport?

Is cheerleading a sport?

Reasons Why Cheerleading is a Sport

There are many arguments made why cheerleading is a sport, in history, the cheerleading was started after the world war two by students, against the bad attitude and harsh treatment of teachers. Students developed their own extracurricular activities to gain independence from their faculty abuses. This was the beginning of American Sports that initially started with the collegiate team. On November 6, 1869, the first intercollegiate football game was played in the United States of America with shouted a cheer of “Hurrah! Hurrah! Hurrah! Tiger! S-s-s-t! Boom! A-h-h-h!” of fans and students who were attending games. In the beginning, cheerleading involves by all-male activity but after some years it began to consider feminine activity at every school and collegiate level across the country. Professional cheerleading was started in 1950 and women were selected for two reasons to encourage their teams to compete their team by exposing visual sex appeal an ability to dance sophisticatedly 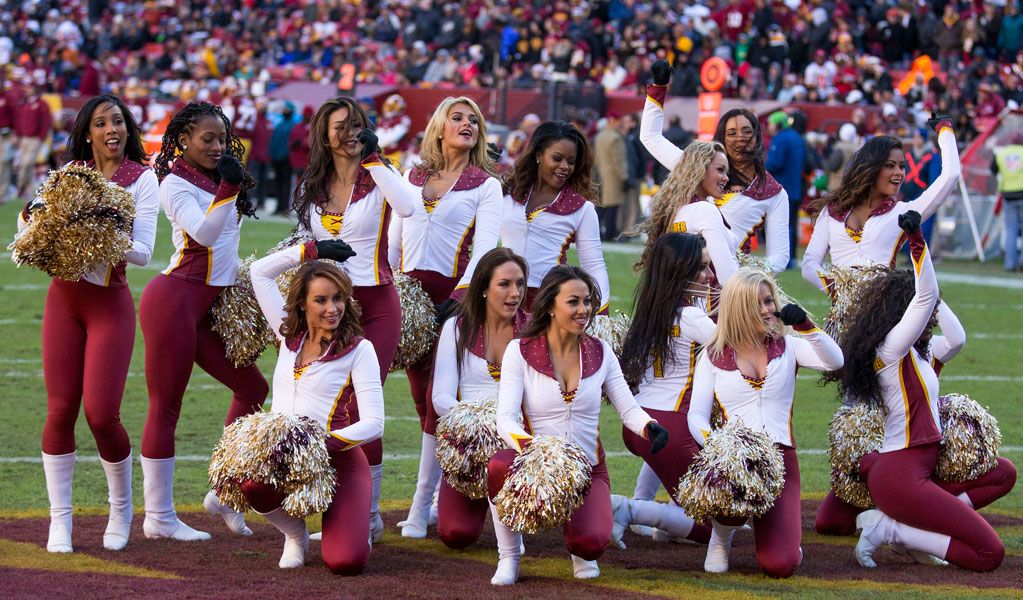 From 1972-1973 Dallas Cowboys Cheerleaders got achievement in aesthetic outfits and dance moves to lead the crowd. It grew up together with football with more inventive ways to make the airwaves and learned about pyramids and stunts. This made cheerleading change solely into sideline activity to a competitive sport.

Cheerleading is a sport

So IOC (the International Olympic Committee) was given provisional status to cheerleading to become an Olympic sport in the future.

In 2016 the new York times report said, the IOC (the International Olympic Committee) executive board voted on Tuesday to recognize cheerleading as a sport but doesn’t important that cheerleader will be able to participate in the year of  2018 Olympic Games in Pyeongchang or in 2020 Games in Tokyo. From IOC prospect the International Cheer Union, will receive at least $25,000 every year and get chance to apply for further endowments.  This sport takes a period of three years and during this time, IOC execs can vote at any time to recognize the sport and then ICU can request to add in the Games. If the request is accepted or approved then cheerleading officially becomes part of an Olympic sport! 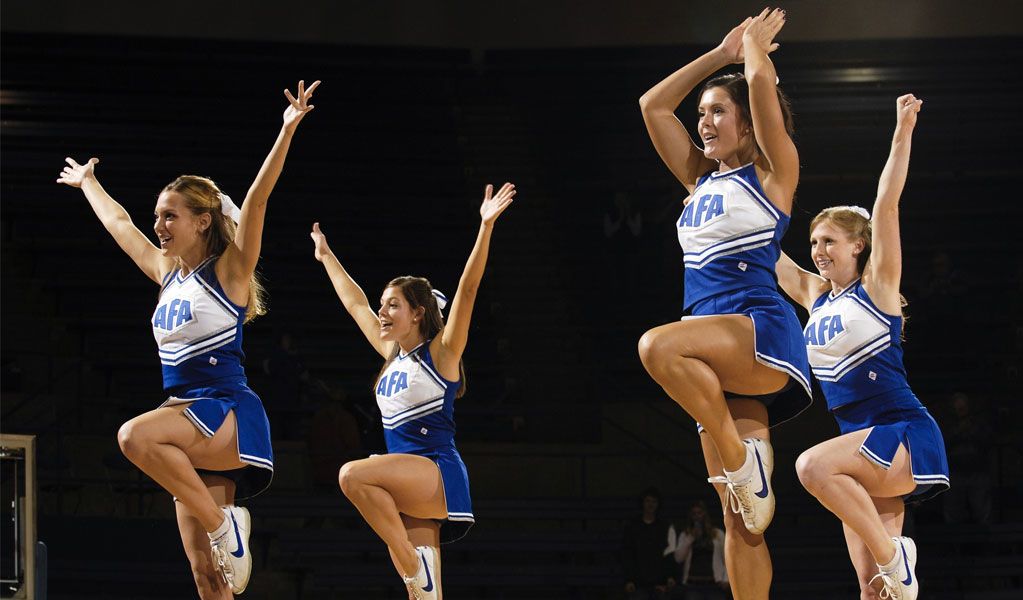 Competitive Cheerleading is a Sport

As the days of pom pom and claps are over and things are more complex and competitive just like “All-Star” cheerleading which is different from American football or basketball. Cheerleaders work hard to polish their steps to compete with each other in a head to head fashion. Every squad has to do physical exertion to create performance routine. It is a tough part of training as compared to any other competitive sport.

The U.S. All Star Federation organizes cheerleading competition within safety limits and dictates rules of conduct.

Why is Cheerleading the most Dangerous Sport

When you see from a cheerleader perspective, you will analyze the facts and realize how difficult for a squad to do flips, lift up another girl whose size is bigger than a ball and hold her up in the air and do a full stunt sequence without dropping her. So to throw a girl in the air and catch her is not more than the most dangerous sport.  Any little mistake can put in serious injury or some time cheerleader may lose her/his body parts. Competitive cheerleading is very different that’s involves dancing, jumping, trembling and creating different angles to form pyramids. 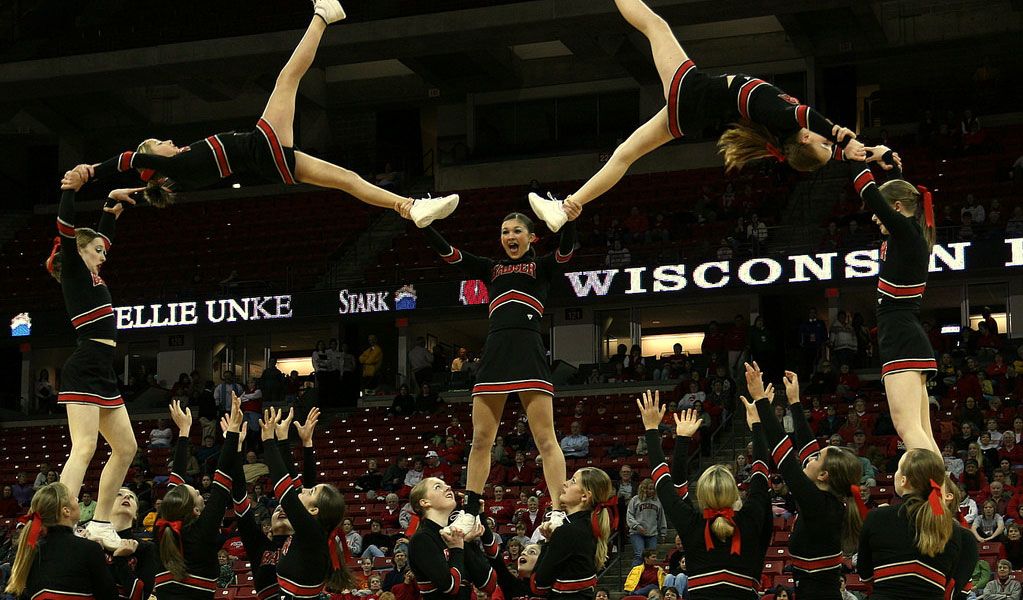 While performing, it is critical and dangerous at certain points that they are scared and worried about going to fall on the ground. A cheerleader uses all of their energy to dance, tumble, heel stretches and splits. Everyone needs so much training if they are starting from the bottom. They get points of difficulty as well heir looks, bow, and makeup.

Did you know that cheerleading has more injuries and it comes after football? The reports show 2/3  catastrophic injuries amongst high school female athletes. 37,000 cheerleaders went to the emergency room in 2011.

But why Cheerleading is not a Sport.

As the National Federation of State High School Associations and the Women’s Sports Foundation define “A sport is played for a competition and have rules to follow.” A sports team exists to score points not to perform or entertain the audience and it is an important factor of realization. 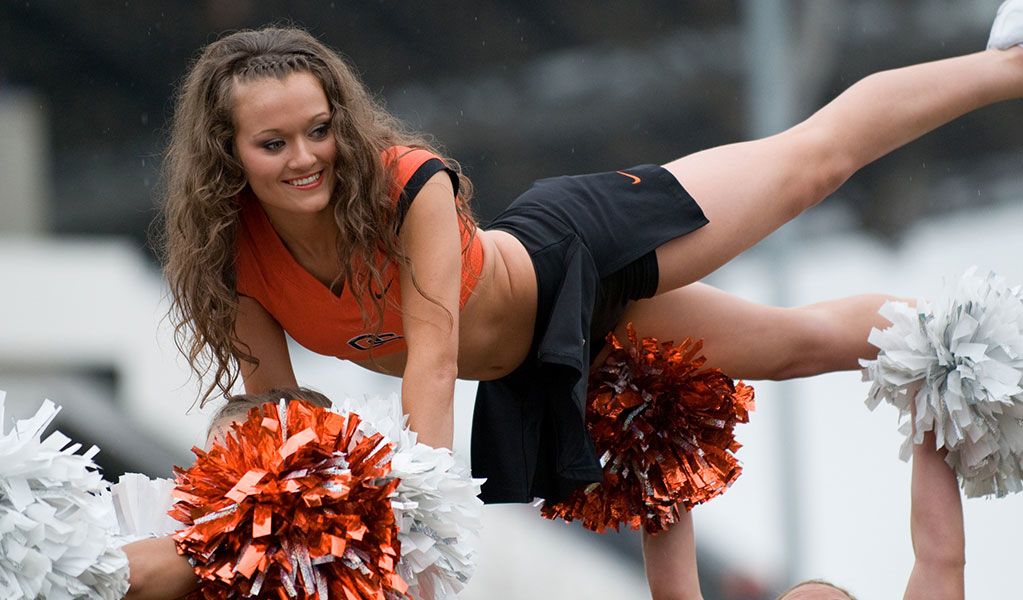 Initially, school Cheerleading was started to focus on to promote school spirit by supporting their teams in the competition and give the leadership to the school and community. It is not considered a sport because there is no competition against other opponents but just cheer to support or motivate the crowd and their team. In addition to this, it is not the subject of the rules and regulations that keep athletes safe. Cheer squad mostly don’t have proper facilities and equipment. But on the other hand, a sportsman have access to the trainer, medical care, certified coaches and suitable practice time. With actual training requirements, athletes are not exposed to avoidable risk.

Many people give negative comments about cheerleading like why is cheerleading a sport? They see one end of the picture and forget other. So pay attention both ends just like a player’s efforts and skills.

Well, there is no authentic statement about cheerleading is a sport. It has been debating for many years.

Cheerleaders are athletes that they require physically demanding and mentally challenging as any activity.

Congratulate! To Cheer Community that USA Cheer has announced the sport of STUNT in 2011, which is derived from traditional cheerleading. The purpose of STUNT helps to create new opportunities for female athletes at the collegiate and high school levels to meet the requirements of a sport under Title IX. This new discipline of STUNT includes all of the athletic skills from cheerleading, is re-crafted in 4 quarters games of head-to-head competition by focusing on the technical element and athletic components. The game consists of four different formats such as pyramids, basket tosses, group jumps and tumbling. In each quarter of the game, the team of cheerleaders is assessed on its difficulty level and performing skills. If a team performs its best routine will get the points.
Stunt expanding its horizon and more than 500,000 high school cheerleaders are actively participating to represent the United States of America in international cheer competitions.

At the 9th Annual College STUNT National Championship Stunt, the Oklahoma State University and Davenport University took Top Honor with the level of their talent.

36 Replies to “Is Cheerleading a Sport? Reasons and Arguments”