The kingdom of Glaucous macaw is ‘Animalia’ with the genus, ‘Oncorhynchus.’

Adding to it, the Glaucous macaw is categorized in the class Aves. It is also placed in the order ‘Psittaciformes’ and the family ‘Psittacidae.’ 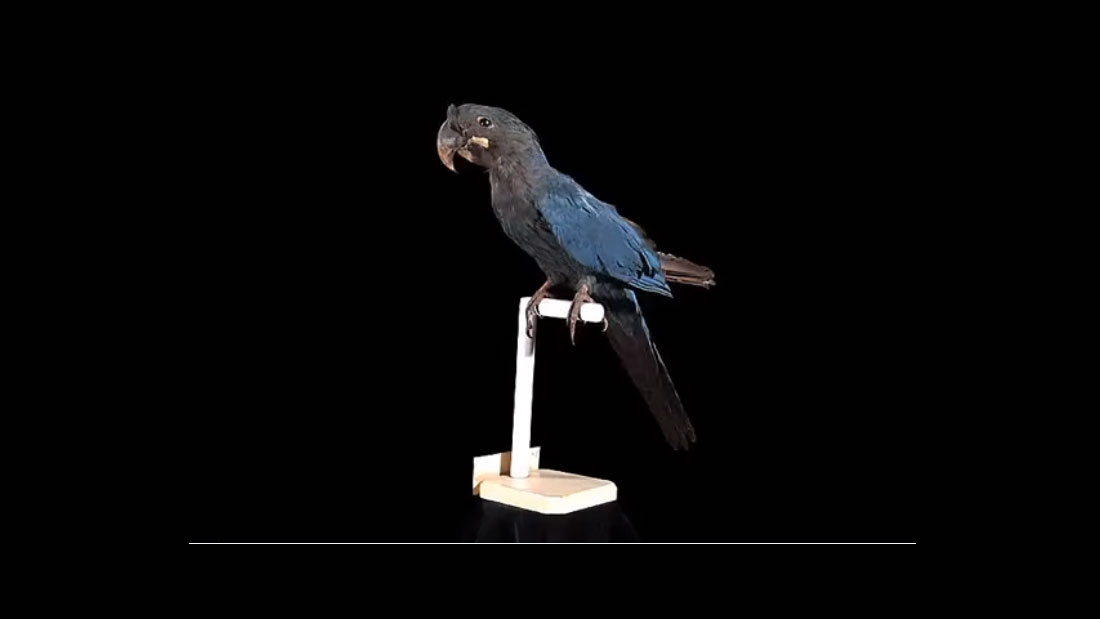 The glaucous macaw is an all-blue, large South American parrot. The plumage is light blue, almost turquoise top, with strong greyish hue in the head. Uppertail is blue-green, whereas the inner part of the tail is grey. Their bill is dark blackish-grey, the mandible is yellow but paler than the paraophthalmic skin. Moreover, the iris is dark brown and the legs are dark.

It was called “guaa-obi” after its vocalizations, In Guarani.

They are considered as gentle birds, however, all large macaws can be quite noisy and destructive. Besides, Glaucous macaws are extremely intelligent that require a lot of stimulation.

Anodorhynchus glaucus was widespread in the past but clearly local in north Argentina, south Paraguay, north-east Uruguay and Brazil from Paraná state southwards. Early in the 19th century, it became rare and there were only two acceptable records in the 20th century. The direct observation was made (in Uruguay in 1951) and one based on local reports (in Paraná in the early 1960s). Persistent rumors of recent sightings by local reports and birds in trade indicate that a few birds may still survive, but it has been generally treated as extinct which is heartbreaking!

The large parrots live between 50 to 80 years. Whereas, Glaucous macaw lived 14.8 years in captivity and others were said to have lived for over 20 years in captive situations.

Their primary diet consists of palm nuts, most likely the Yatay palm. Specialized feeders of palm fruits, especially those of Italy palm; also likely fed on ripe and unripe fruits, nuts, berries and matter of vegetable.

It has been reported that Glaucous macaw reproduces on steep slopes or cliffs. Furthermore, they were found rarely in the cavities of trees and the average size of laying and incubate probably two eggs.

The major river basins in which Glaucous macaws were settled was accompanied by the loss of palm-groves, either through direct clearance for agriculture or the subduing by colonists’ cattle. Yatay palm, on which the species probably fed, was targeted for clearance by early colonists as it is an indicator of good soil quality. Comparatively, the size and appearance of the bird made it a significant target for hunters and were used as pet trade.

Apart from forestry, farming and ranching, there is also an enormous hydroelectric complex at Salto Grande on the River Uruguay, which has resulted in the flooding of lowland areas.

There is some evidence that was sold, but very few to support the claims that there has been recent trade of live specimens.

Under Brazilian law, CITES Appendix I had tried to protect them and there have been various attempts (unsuccessful) to rediscover the species. Many ongoing funding proposals were made as an attempt to finance a program of work aimed to confirm the presence of Glaucous macaw in the wild.

Conduct interviews with local people, especially former and active parrot trappers, to assess the likelihood that any populations remain and are prepared to follow-up on any positive data from these interviews.

Causes for their extinction

The main reason for their decline is the widespread loss of palm-groves. However, suitable habitat remains in El Palmar National Park in the Argentine province of Entre Ríos, where some could have survived and, but persistent rumors of their existence still exist.

Other contributing factors for the decline of their numbers in the 19th century are believed to be the following:

The last specimen had seen alive from Brazil which was exhibited in the Buenos Aires Zoological Gardens (Orfila) in 1936. Additionally, another live specimen was kept at the Jardin d’Acclimatation in Paris from 1895 to 1905 by Jean Delacour.

The skin of one Glaucous was collected on the Rio de la Plata and from Brazil, a skeleton was collected in 1865 by Hermanus Hendricus der Meer.

Efforts made to save Glaucous macaw

In 1999, the World Parrot Trust sent a group of 4 people including Dr. Charles Munn, Carlos Yamashita, Richard Hartley, and Alfredo Begazo to survey the historical territory of Glaucous Macaw (Anodorhynchus glaucus) in Brazil. On the whole, the search found no birds in any of the areas surveyed.

As well as confirming the loss of the Glaucous, the census was invaluable in producing expert and original information from Ph.D. ornithologists. This information on habitat loss, trapping for the pet trade, and other issues, will assist the conservation of other species of macaws also.