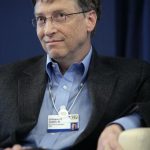 Bill Gates was born in a family of Scottish descent. His father was a prominent lawyer while his mother was director of First Interstate Bank system. He has two sisters Kristianne and Libby. He joined lakeside school at age 13 and on graduating he scored 1590/1600 in 1973 (I.Q. 170)

The school managed to buy an ASR-33 Teletype terminal and block computer time on General Electric (GE) computer. Bill Gates, due to his extraordinary intellect availed the facility to program the G.E. system to BASIC. Thus fascinated he wrote his first computer program on this machine. Later Gates and his three colleagues sought computer time from Computer Centre Cooperation (CCC) but were caught exploiting bugs in an operating system to gain free time and were banned.

These four students Gates, Paul Allen, Ric Weiland and Kent Evans were engaged by CCC, after the ban, to find bugs in their software in exchange for computer time and some fees. Bill Gates opted to study source codes for various programs FORTRAN, LISP, and machine language till 1970 when CCC was closed.

These four computer architects joined Information Sciences Inc. to write the schools payroll in COBOL and did other programs too. At age of 17 Gates and Allen designed traffic counters (Traf-o-Data) on Intel 8008 processor. In early 1973 Bill Gates became a Congressional Page in the U.S House of Representatives.

In January 1975, Popular Electronics released MITS ALTAIR 8800 based on Intel 8080 CPU. This attracted Gates and Allen, who saw an opportunity to start their own computer software company, with the support of their parents. Gates tapped Micro Instruments and Telemetry System (MITS) to introduce his planned BASIC interpreter for the platform. A successful demonstration was arranged at MITS office and a deal was concluded. MITS agreed to distribute their software.

Gates interpreters were named ALTAIR BASIC. Paul Allen was hired by MITS. Gates left college and joined Allen to work together. Their partnership was later named Microsoft in November 1975. The name was registered in November 1976 with The Secretary of State of New Mexico.

Microsoft Basic became popular among hobbyists who copied and distributed their programs. In 1976, States started demanding payment for the copies and refused to continue otherwise. In late 1976, Microsoft became independent of MITS. In January 1079 they shifted into a new office in Bellevue, Washington. Gates was a successful executive because he was very particular with his business details and reviewed everything minutely.

Gates restructured Microsoft in 1981 and became its President and Chairman of the board. The retail version of Microsoft Windows was launched in 1985. In a deal with IBM, Microsoft developed an operating system called OS/2. Microsoft band IBM parted ways for technical reasons in 1991 and Microsoft went on to develop a separate Windows NT Kernel.

Mr. Gates controlled Company’s product strategy from 1995 to 2006 defending and protecting achievements vigorously. He remained in constant touch with senior managers for first-hand reports and progress and often pushed them for finer details to safeguard company’s long-term interests.

Bill Gates was an active Software architect, programming language products, and writing codes. He was quite aggressive in marketing. He often had to face antitrust litigation where he, at times, put non-serious arguments to defend charges of monopolization and competition violations of the Sherman Antitrust Act. At times he had to pay penalties too. 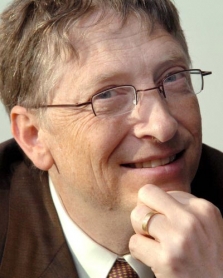 In 2006, Bill Gates decided to reduce his daily working load and announced steady transition. He placed Ray Ozzie in charge of the day to day management while Craig Mundie was made the in charge of long-term product strategy. He relieved himself for part-time supervision and devoted maximum time for his philanthropic projects. 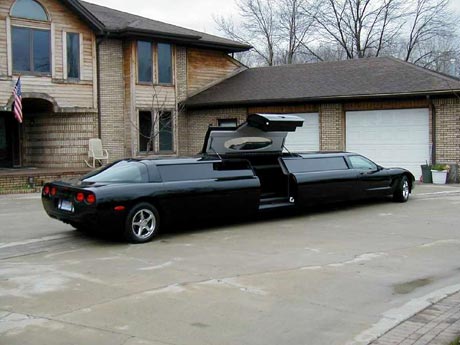 William Henry (Bill) Gates married Melinda French from Dallas, Taxes in 1994. They have three children Jenifer Katharine, Rory John and Phobe Adele. They live in Medina near Lake Washington on the hill side. His landed property was stated to be worth $150 million. His estate has all the modern sophisticated facilities and amenities that money can buy.

He is a lover of art. His collections include writings by Leonardo da Vinci, bought in an auction for $ 30.8 Million. He is also an avid reader and maintains a large library at home. He enjoys playing bridge, golf, and tennis.

The various assessment firms, World Wide, are always counting his wealth. Forbes had registered him as the world’s richest man from 1993 to 2007 and again in 2009. However, his net worth is stated around $40 Billion.

Bill Gates is an American, chairman of Microsoft, a business magnate, a philanthropist and author of two books. Gates personally is the best-known architect of the personal computer.

He had a lot of admirers and some business rivals and critics too. His foundation received criticism that its aim is to maximize return on investment. As a result, the companies are worsening poverty in developing countries. The foundations pharmaceutical companies do not sell in the deprived world. The critics maintain that it amounts to squeezing public with one hand and giving away with the other hand. However the foundation announced to review its policy, but later the review was canceled, reverting to the original routine.

He realized that he needs to attend to the philanthropic projects as the expectations of the public and media was that more money ought to be spent for the needy. In 2000, Gates and Melinda Gates merged three family foundations into one to form Melinda and Gates Foundation, the World’s largest operating charitable organization.

Bill Gates is working for those global problems that the governments and other organizations usually ignore. In 2007, Bill and Melinda Gates, contributions to charity in America amounted to $28 billion.

Gates has received honorary doctorates from various Universities and renowned Institutes worldwide. Queen Elizabeth II bestowed upon him the title – Honorary Knight-Commander of the Order of British Empire. (KBE)
The leading magazines rated him as the most influential person, most philanthropic, heroic, most powerful CEO and the richest American of the 20th century.

8 Replies to “Bill Gates, the richest man on the planet!”