The most Ultimate Legend, Dennis Ritchie

Dennis Ritchie, the father & innovator of C also Co developer of UNIIX started his work with technology in Bell Laboratories. Modern technology is based on the most fundamental building block of C. Therefore the impact of Ritchie’s efforts cast a very long shadow on computer languages. Such as Java, JavaScript, Objective C and Cocoa, Python, Perl, and PHP would not exist without dmr’s C.

After developing C, he introduced the concept of “Open System” to install UNIX on any computer by giving the opportunity to execute programs on different platforms. Hence UNIX and C are perfect products of his research.
Today Linux, powers many of the world’s data centers, like those at Google and Amazon, and its technology serves as the foundation of operating systems. 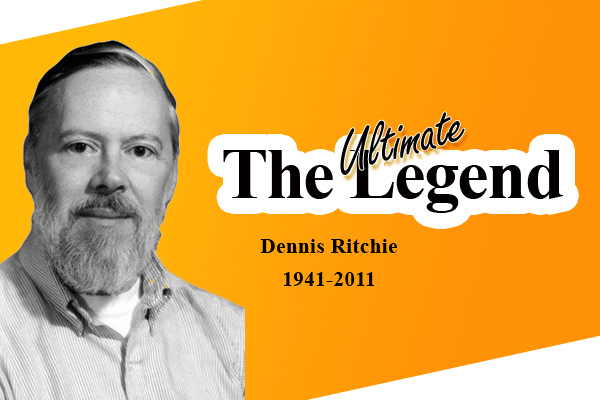 The syntax of C programming language is formed of the combination of words, numbers and punctuation. The successors like C++ and Java build on the ideas of Mr. Ritchie designed.

This Legendary computer scientist has died at the age of 70 and left the important aspect of success in modern languages to work accurately in any sector of life.