The deadly avalanche knocked climbers on a high Himalayan peak in Nepal on Sunday. This accident left reportedly nine dead and six missing. However the bodies of a Nepalese guide and a German man were recovered said the police official Basanta Bahadur Kuwar but at the same time he also added that rescue pilots had spotted seven other bodies on the slopes of mount Manaslu in Northern Nepal which is the eight highest mountains in the world.

The Spain’s foreign ministry in Madrid has said one of those killed was Spanish but did not release the person’s identity whereas the identities of the other victims were still being confirmed. Besides this, 4 French citizens have also been declared dead with another 3 missing, said Christian Trommosdorff, Vice president of the national syndicate of high mountain guides in Chamonix, France. Though, a long time search has been made and off course this has been helpful to a great extent but recently, one of the official announced that “it will be hard to know exactly where everyone was, let them retrieve alone.” 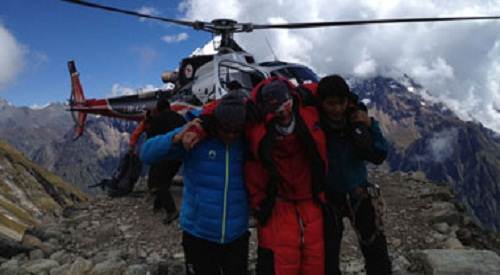